Home News Which of the Russian players are ending contracts in the NHL, how...

The season in the NHL is coming to an end, but the number of intrigues in hockey is only increasing. Game plots are being replaced by contract ones. On July 13, the free agent market opens in the league. In anticipation of this event, “Championship” talks about Russian hockey players, whose current contracts with the clubs expire.

The oldest and most stellar hockey player on this list is Evgeni Malkin. The past season has been ambiguous for the striker. While recovering from surgery, he missed the first half of the regular season, but finished the second half on a one-point-per-game schedule.

According to numerous insiders, the Penguins expect to get Malkin to reduce financial requests. Pittsburgh managers are not ready to pay him, as before, $ 9.5 million a year. In recent weeks, the intensity of negotiations between the player and the club has decreased: before returning to active communication with Malkin, the Penguins plan to agree on the terms of a new contract with Chris Letang. At the same time, Penguins general manager Ron Hextall publicly stated that the franchise does not want to part with Evgeny until he retires. Malkin himself, through the press, expressed his intention to remain a “penguin” for the next three or four years and even said that he was ready to move up in terms of money. The main issue is the amount of concessions. 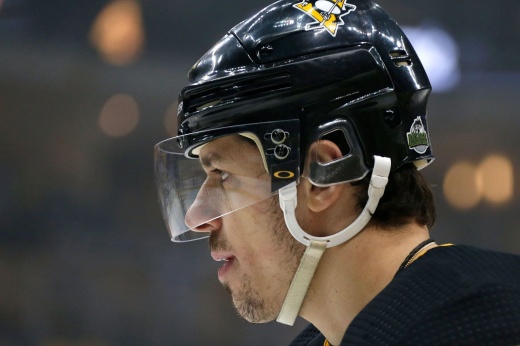 In America, a new club is being selected for Malkin. Negotiations with “Pittsburgh” will not lead to anything?

The Colorado striker, on the contrary, has played enough this year for a solid increase to the current salary. Nichushkin had an incredible regular season, rewriting almost all personal records. Now the Russian is by far the Avalanche’s best player in the Stanley Cup Finals. Penetrating power, incredible physics, fantastic skating volume, versatility, playing skills in both special teams and on both sides of the site – for all this, Nichushkin’s performance, Colorado pays only $ 2.5 million.

So great to save next season, “avalanches” will not succeed. The agent of the Russian gives signals that in search of a longer dollar, the hockey player can go to competitors. Although it is already clear that if Nichushkin enters the market, he will become one of the most sought-after lots. Overseas media write that Colorado is set to extend the employment relationship with the forward. Then the Avalanche bosses will have to not only fork out, but also abandon one of Nichushkin’s partners. Nine more players expire in July, including Andre Burakowski, Nazem Kadri, two base defenders and first goalkeeper Darcy Kemper – all together they are unlikely to fit under the ceiling. 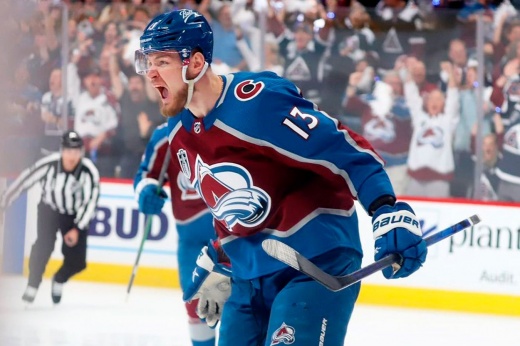 “He was so useless.” The sharp rise of Nichushkin – happiness and the problem of “Colorado”

The Toronto striker is another Russian who will definitely increase his personal capitalization. True, in which club Ilya Mikheev will receive his promotion is a big question. In the regular season, the striker scored 21 goals and scored a record 32 points with a +17 utility indicator – about the same numbers he showed in his best seasons for Avangard.

Surely the Maple Leafs are interested in the services of the newly revealed Mikheev, but it will not be easy to push his new contract under the ceiling. This year, Ilya worked for $ 1.645 million, but now he claims to be at least twice as much, and for Toronto, after a series of high-profile signings, every cent counts. 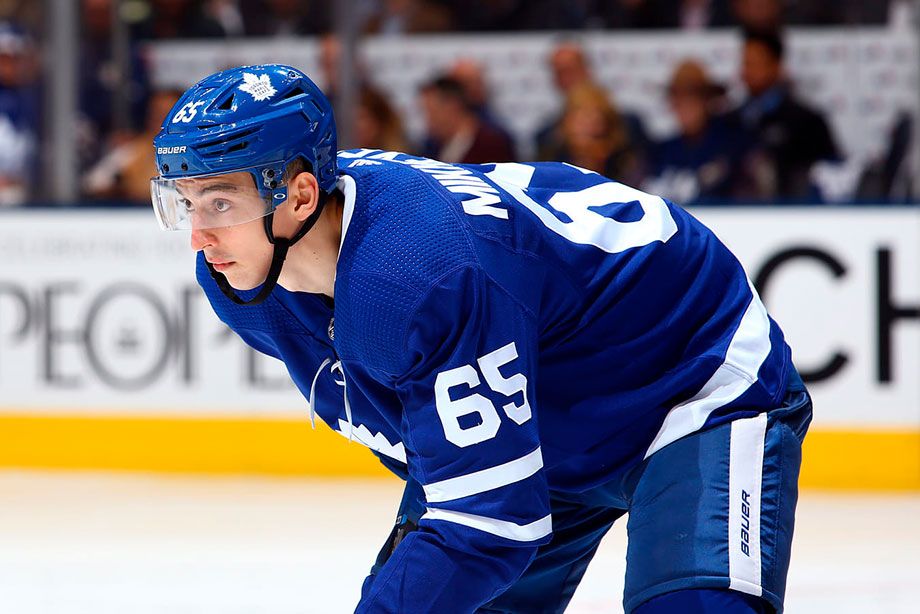 After a nondescript debut, the huge Russian defender found himself in the system of the conservative Darryl Sutter. In Calgary, Nikita Zadorov set a personal performance record, consistently spent 16-17 minutes on the ice, achieved a leading position in the league in advanced statistics, and played with three broken ribs in the Edmonton series. The Flames should appreciate Zadorov’s game progress and athletic prowess. Last summer, Nikita’s $3.75 million contract might have looked like an advance, but now it won’t fall below that bar. 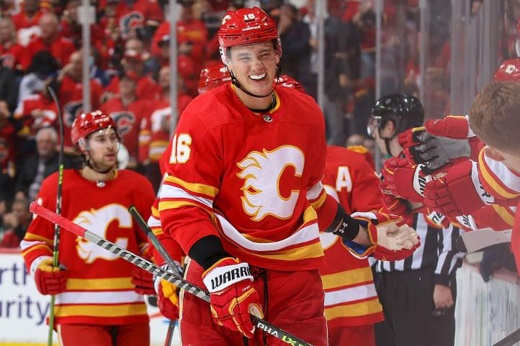 The rebirth of a Russian big man in Canada. Zadorov is the best in the NHL in advanced statistics

Over the past three years, Vyacheslav Kozlov’s nephew has changed four teams. The last stop in the career of Vladislav Namestnikov was Dallas. Here the striker played an average of less than 13 minutes and was not particularly memorable. On the other hand, playing at the beginning of the season for the depressive Detroit, Namestnikov scored 25 points in 60 games – quite digestible for a striker whose main functions are not related to attack. Probably, the hockey player should not rely on the $ 2.5 million that he was awarded this season, but he should not lose his NHL registration.

The trade from Arizona to Toronto was an inspiration for the defender. Ilya quickly got used to the new place and spent several incendiary matches without failing in the rest. Probably, given the problems with the capacity of the payment, Toronto can persuade the Russian to a contract close to the previous $ 1.35 million in exchange for the prospect of development.

In Florida, the CSKA graduate was given rare chances, although he kept his level regularly. In the regular season, Mamin played only 40 matches, scoring 14 points. At the same time, his playing time almost never exceeded 12 minutes. There is a demand for a striker in the NHL. If Mamin and the Panthers part ways, he could end up in Montreal. According to several publications, the Canadiens are willing to pay him 50% more – that is, $ 1.95 million.

A native of Magnitogorsk, he could not become a reliable first number in Washington. An unstable season ended for Ilya Samsonov with several nightmarish mistakes and a depressingly early departure from the Stanley Cup. Journalists close to the Capitals say that the goalkeeper may well remain in the team, but he should not hope for the same trust. In Metallurg, Samsonov is not expected – the NHL remains a priority for the player himself. This means that Ilya is ready for a downgrade: under the expiring contract, he received $ 2 million. 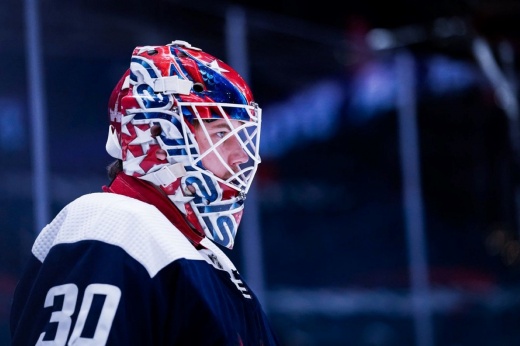 The salary of another Russian goalkeeper – Alexander Georgiev – was higher by $ 650 thousand. There is no doubt that a Russian with Bulgarian roots will be in demand in the NHL. But will Georgiev himself want to stay in New York? The dominant Igor Shesterkin finally overshadowed him and deprived him of the opportunity to be No. 1 in the Rangers. Alexander coped with his work as an understudy with high quality, often giving out winning streaks and getting into the top three stars based on the results of individual matches. 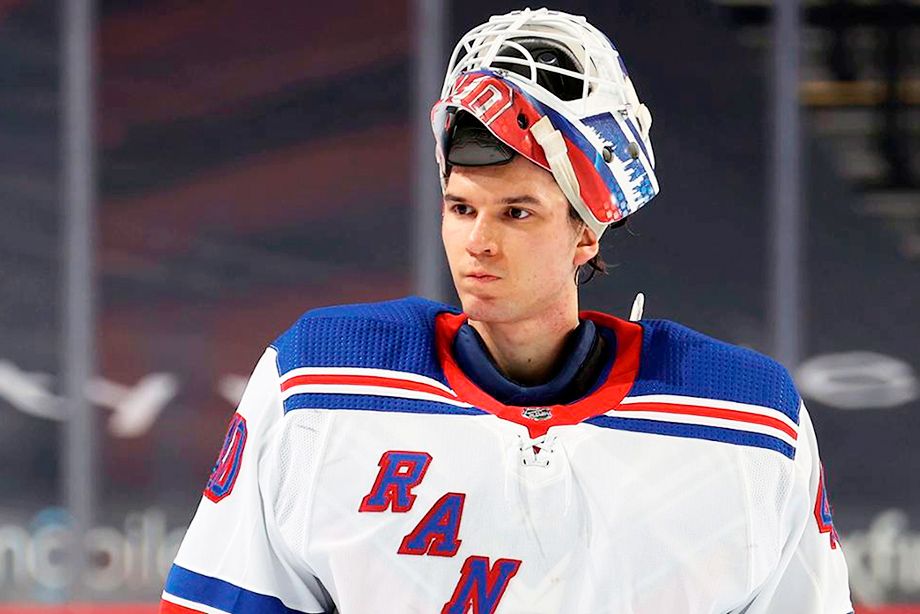 The eldest of the Svechnikovs finally spent his first full season in the NHL. In Winnipeg, he alternated successful stretches with slurred ones, but fell out of the clip only due to injuries or illnesses. The striker has 72 matches and 19 points to his name, one and a half times more than in his entire previous career in the league. Svechnikov played under a minimum contract for $ 750 thousand. Considering that even in the most difficult times for himself, the hockey player refused to continue his career outside North America, now there is even more reason to believe that he will return to Russia.

The rise of Yakov Trenin has been overshadowed by the exploits of other Russian NHL season openings, but it’s impossible to close your eyes to the Nashville player’s accomplishments. Trenin scored 17 goals in the regular season, fought with Zdeno Hara himself, and in the playoffs upset the future finalist Colorado three times. According to Trenin’s agent, the Predators are pleased with the hockey player and are negotiating with him.