Home News Without prize money and sponsors: how can Russian athletes make money at... 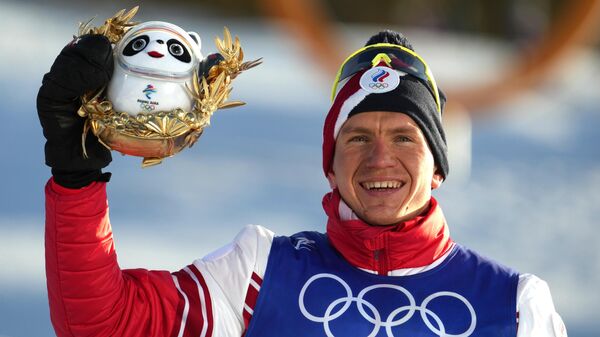 Without prize money and sponsors: how can Russian athletes make money at home?

The total ban of Russian sports is just beginning, all the consequences of the suspension are not yet clear to us. But even now we can definitely say that the best athletes will lose large sums due to missing international competitions. At home, they are not ready to offer a worthy financial and tournament replacement for missed opportunities.
Athletes from individual events will suffer the most from the suspension. Of course, it is worth taking out of brackets the fighters and tennis players who continue to perform around the world, but other Russians are now deprived of such an opportunity. It will be especially difficult for skiers, biathletes and athletes who earn money mainly abroad.

How much did athletes earn at international starts

The main income of our top athletes consisted of prize money at the stages of the World Cup or the Diamond League. Biathletes, for example, received 15,000 euros for the first place in the race, 12,000 for the second, and 9,000 for the third. Prize money goes to athletes who are in the top 20 at the end of the race. In the IBU Cup, the sums are five times lower, but it is much easier to get to the podium there.
Our well-known skiers also earn decent money. Alexander Bolshunov received 10 thousand euros for winning the World Cup race. In skiing, there are also payments based on the place in the overall standings. The Tour de Ski multi-day event is also paid separately, for the victory in which Natalya Nepryaeva earned more than 50 thousand euros.
The Diamond League keeps track and field stars alive. For the victory at the stage, the athlete is entitled to 14 thousand euros, and the triumph in the final of the series will enrich him by 30 thousand euros.
In total, our athletes earned solid money for the year. Bolshunov in the 2020/21 season received 212 thousand euros from the International Ski Federation (FIS). A year ago, biathlete Alexander Loginov performed worse than expected, becoming 17th in the overall World Cup standings. But even this result brought him 59 thousand euros.

How much do they earn in Russia

Due to the suspension, our athletes for the next year will have to forget about such generous prize money and plan their expenses in the new realities. However, domestic Russian tournaments cannot compete with their foreign counterparts.
The well-known events that happened shortly after the end of the Winter Olympics in Beijing led to the immediate suspension of Russians in most sports. Therefore, many had to finish the season at competitions in their native lands.
For example, in March, the Russian biathlon championship was held in Tyumen, where Anastasia Goreeva won a bronze medal. For her performance, she received a certificate for 15 thousand rubles from the organizers of the competition, and the winner got 30 thousand.
“The amount of prize money at the Russian Championships? Of course, it is quite modest compared to what they give at the IBU Cup. But it’s better than nothing. So far, they are only talking about more serious financial injections into our biathlon, I hope that everything will be fine,” – Goreeva was happy at least with this amount.
After the Games, Bolshunov, who won three gold medals in Beijing, decided to take part in the Yugra Marathon at a distance of 50 kilometers. Alexander confidently won the race and received 100 thousand rubles for the first place.
The All-Russian Federation of Athletics did not abound with prizes either. After the aggravation of the situation in Ukraine, the organization announced the creation of the “Queen of Sports” tournament, which was supposed to compensate for the absence of the Diamond League. True, our analogue of the eminent world tournament will not be able to boast of significant prize money. The winners of the stages of the tournament will be paid 50 thousand rubles, silver medalists – 30 thousand, bronze – 20.

Lost not only in money

In addition to income from international competitions, our athletes will not be able to rely on previous agreements with sponsors. For two and a half months, many athletes were left without equipment suppliers. The manufacturer of skis left Bolshunov, Evgeny Rylov was abandoned by the equipment company for swimmers, and ski jumpers were left without gloves.
Sports federations are still trying to adjust to the new realities and are increasingly saying that prize money at domestic tournaments needs to be increased. But no specific cases have yet been announced. To do this, we need to attract sponsors who, in a difficult economic situation, are unlikely to turn their attention towards sports.
Probably, they will be able to influence the situation at the legislative level. Sports Minister Oleg Matytsin said that the organization is already considering various measures to support Russian athletes who have lost their income. If they turn out to be not so effective, then Russia may face a mass exodus of athletes who decide to change their citizenship.