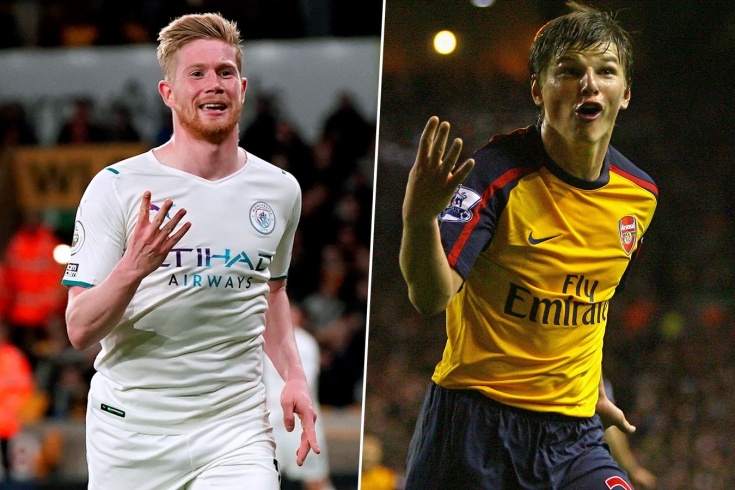 And Man City got even closer to the championship.

Manchester City took another step towards the championship, defeating Wolverhampton on the road – 5: 1. Josep Guardiola’s side once again regained a three-point lead over Liverpool and widened their lead on goal difference. Now the “citizens” have +72, while the team of Jurgen Klopp has +65.

The game on the Molina was made by Kevin De Bruyne. The Belgian midfielder decorated poker and celebrated in the style of… Andrey Arshavin! At one time, the Russian legionnaire of Arsenal, having scored four goals against Liverpool at Anfield, showed the same gesture. 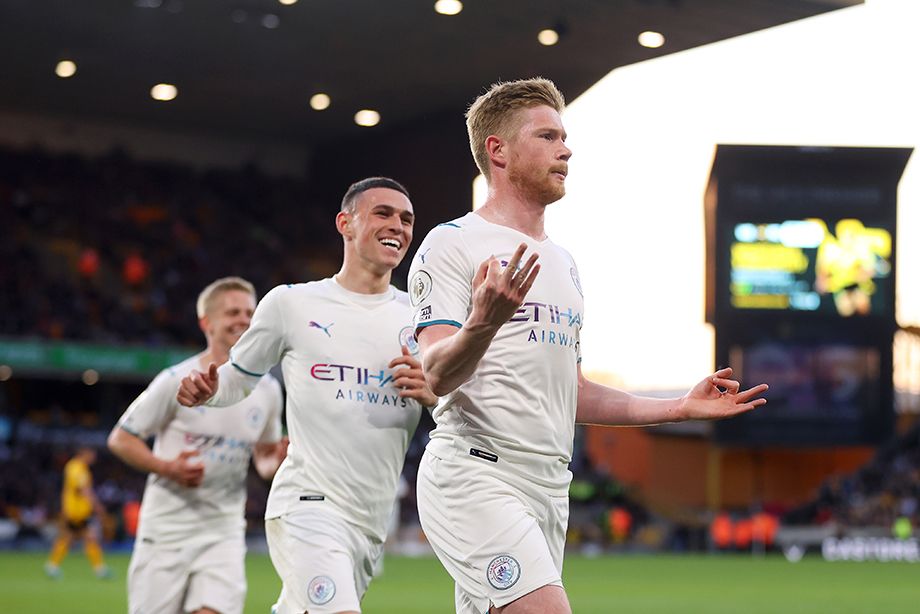 De Bruyne opened the scoring already in the 7th minute. The Belgian took the rebound and made a forward pass to Bernardo Silva, who, seeing Kevin’s jerk into the penalty area, returned the ball to him. The Belgian shot perfectly from the left into the far corner.

Soon compatriot midfielder “Man City” Leander Dendonker equalized, but at the end of the third of the first half, De Bruyne scored a double. In the episode with his second goal, Kevin actually had to become the author of the assist, as he sent a partner to score. That’s just the goalkeeper of the “wolves” José de Sa managed to get the ball earlier. De Bruyne played the episode to the end and succeeded in finishing. And then he sent the ball into the net with his left foot. 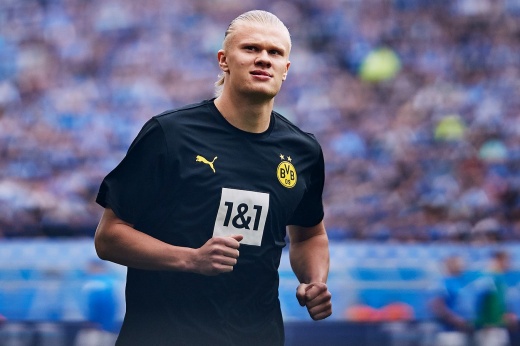 The Belgian’s hat-trick took place in the 24th minute. Kevin broke through with the ball to the Wolverhampton penalty area and, despite the attempts of a group of defenders to prevent him, struck an accurate shot from seventeen meters into the far corner. Again from the left! By the way, only Sadio Mane (16 minutes) and Dwight Yorke (22) scored faster than three goals in one Premier League match.
Finally, after an hour of the match, it was poker time. Phil Foden burst into the penalty area from the flank and shot. A couple of ricochets – and the ball was at De Bruyne. The Belgian struck from the bottom right into the far corner. This is the first poker in Kevin’s career.

For example, the future newcomer of Manchester City, Erling Haaland, celebrated his four goals with such a gesture. After the game, the Belgian was asked on Sky Sports if his celebration had anything to do with the Norwegian. De Bruyne answered “no”.

Guardiola commented on Kevin’s game: “De Bruyne has had a great time for the last 2-3 months, especially in the Premier League. And in the Champions League too. He is our key player in this part of the season. It’s not just about chances and goals created. He gives us a lot of help and always thinks about what will be best for the team.”

Guardiola’s side have already scored 145 goals this season, the best ever for a club in the top 5 leagues. At the end of the championship, Manchester City will play West Ham away and Aston Villa at home. Liverpool will face Southampton away and Wolverhampton at home.