Sad news for the entire football world – Valentina Timofeevna Yashina is gone. The news about this came a few hours after Dynamo reached the final of the Russian Cup, and as if everything joyful white and blue turned black and white.

Valentina Timofeevna is not just the wife of the legend of Dynamo, Soviet and world football, but a great friend of the club and its players, all Dynamo players and many fans in our country. She was applauded by the stadiums – both the old Dynamo and the new snow-white-blue arena. Under a standing ovation, she put the ball into the game, and the fans, who charged every match “Only Yashin – only Dynamo”, were united by the thought. And even though Valentina Yashin is not at the stadium, their family definitely feels this support. 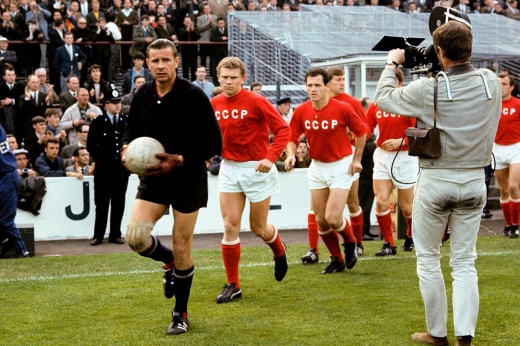 Why did Yashin receive the Ballon d’Or? Everything was decided by two great matches

Under this post, you can share your warm upbringings about Valentina Timofeevna: all of a sudden you talked at the stadium or at tournaments, crossed paths somewhere, or just heard something good.

I’ll tell you my warm story. It seems to envelop me until now – this is how in my life, thanks to the work of a sports journalist, it happens in moments of communication with the legends of Soviet football. Their stories are kind and deep, filled with details and details hidden from the audience. These conversations are long and drawn out. First, whoever understands life is in no hurry. Secondly, where to hurry when it comes to such a legendary past. 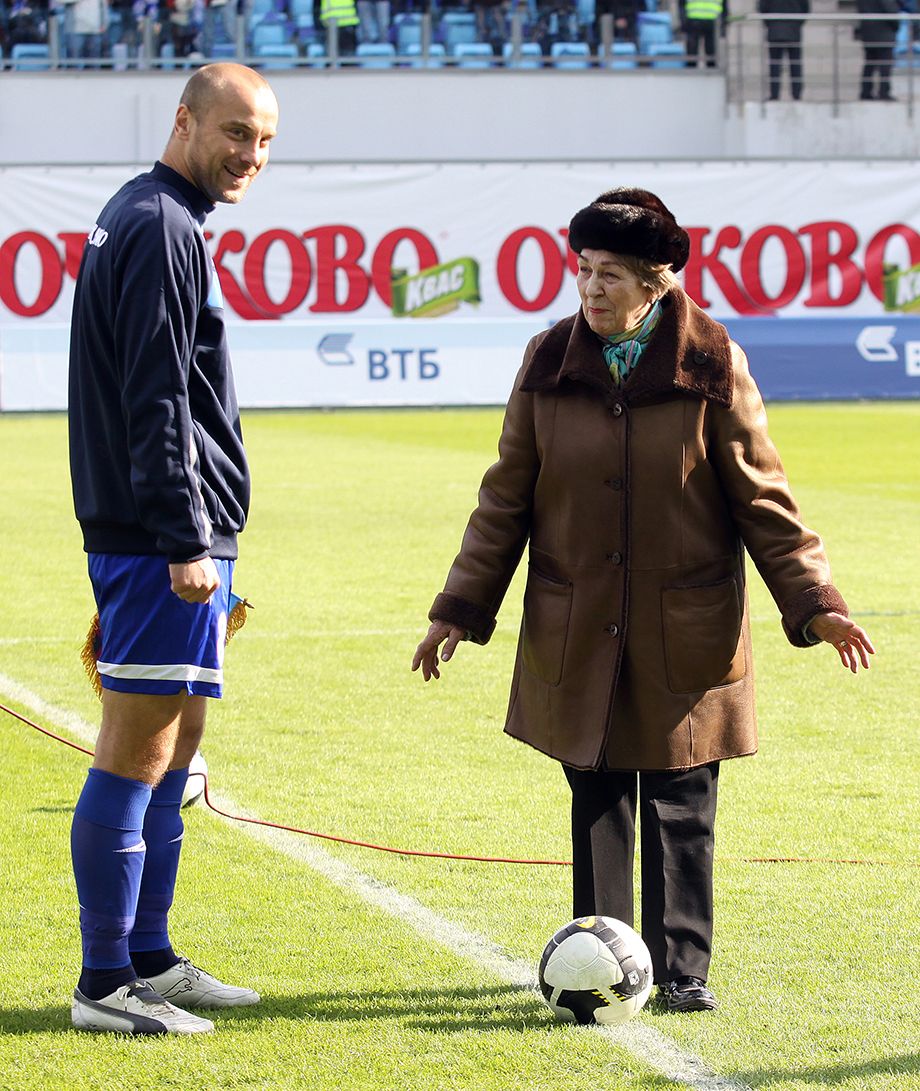 So, five years ago, I dialed the home phone number of the Yashin apartment. After long beeps, I asked Valentina Timofeevna to the phone (I did not expect that the sonorous and friendly voice that answered was hers), and a few minutes later, with this same voice, they told me about Lev Ivanovich and their life. Listening and passing through myself the thought that Yashina herself was talking to me, a novice journalist, for some reason I recalled the words of Sherlock Holmes: “What a woman! What self-control! What common sense!

That evening we talked about Lev Ivanovich’s cars, because he drove the 24th Volga, a car that commentator Nikolai Ozerov, artist Mark Bernes, cosmonaut Georgy Grechko and the top five of the hockey team after the 1972 Super Series had in the USSR.

I will give three stories from Valentina Timofeevna in full – listen to her speech and enjoy her turns.

Why there were no deer on Yashin’s Volga

“The first Volga by Lev Ivanovich had a deer on the hood. In the late 50s, we were somewhere in the center, got into the car, and Lev said: “Something is missing.” It turns out that someone scratched the hood and tore off the deer. A few days later, a man came up on the street: “You don’t have a deer, I can sell it.” “Thanks, no need, I tore it off myself,” Lev replied. There were no more deer on his Volga. 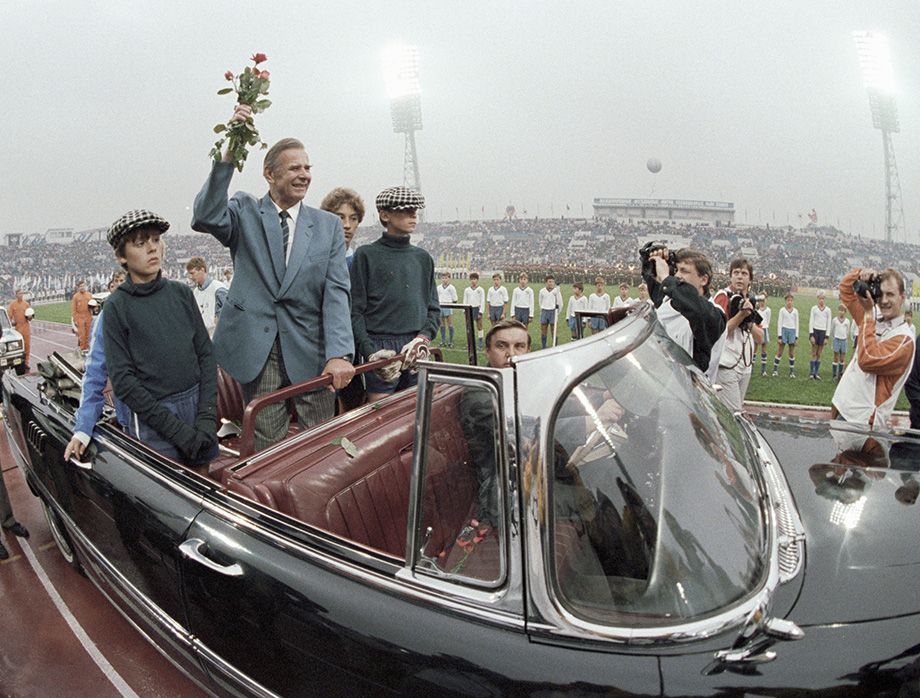 Lev Yashin with his wife

How Yashin was stopped by a policeman while driving

“Another story. We were driving from the pioneer camp, not far from the house on Kutuzovsky Prospekt, a policeman stopped us – he said they exceeded the speed limit, although Lev always slowed down at the entrance to the house. He was still asked for his rights. “Come on, we are our own, Dynamo.” “I’m not rooting for Dynamo, I’m for Spartak,” the policeman replied and pierced a hole in the warning card.

How Yashin and his wife were saved by a passing driver

“After the game we were going to go for mushrooms. Lev refueled and parked the car on a hillock to drain the gasoline. Someone threw a cigarette butt or a match, gasoline began to burn out – the flame came from the gas tank, the rear seats caught fire. At first it did not burn much, the Lion slammed the fire and burned his palms. Then for some reason he opened the trunk – he had to save the wheels, but some Muscovite drove up, his driver put out the trunk with a fire extinguisher. It’s good that there was a military unit nearby, where this Volga was repaired.”

An affectionate “Muscovite”, a trip for mushrooms after the game and a kind driver – such a bright past that you want to know about. Even from stories. Let and through a handset. 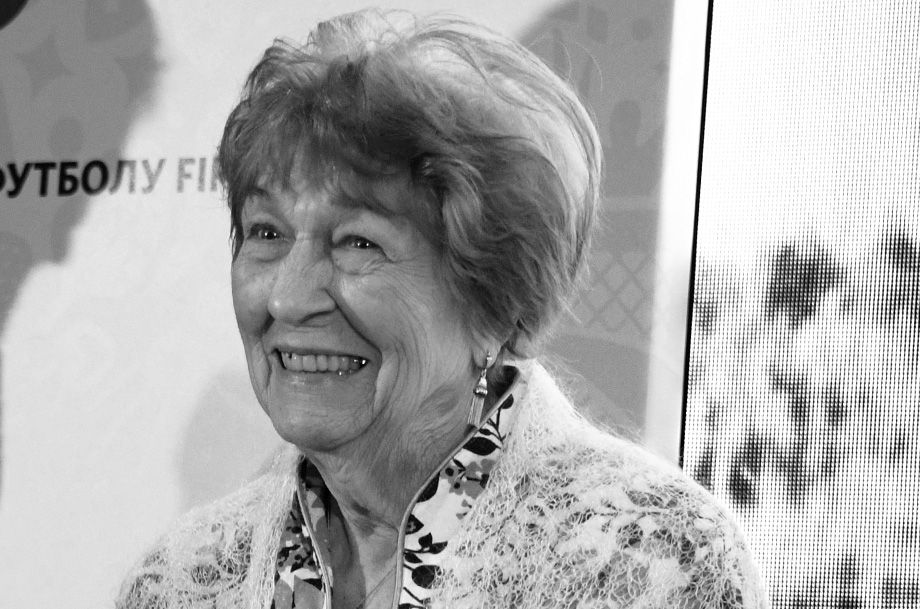