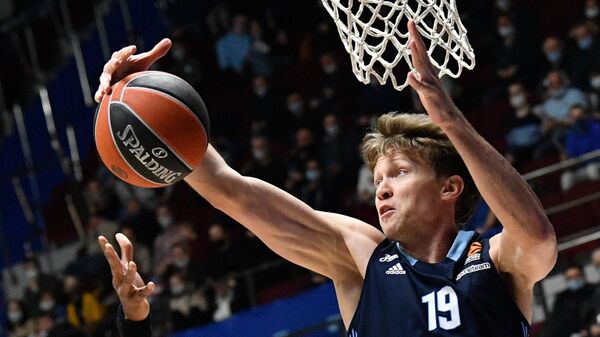 MOSCOW, April 25 – St. Petersburg basketball club “Zenit” defeated the Krasnoyarsk “Yenisei” in the second match of the quarterfinal playoff series of the VTB United League.
The match in St. Petersburg ended in victory for the hosts with a score of 83:75 (21:24, 25:18, 12:15, 25:18). The hosts scored a double-double Alexander Poythress (23 points and 10 rebounds). The guests had a double-double scored by James Thompson (19 points and 10 rebounds).
The score in the series up to three victories was 2-0 in favor of Zenit. The third meeting will be held in Krasnoyarsk on April 28.